BSAVA publishes Q&A about babesiosis
"We advise dog owners to be vigilant for ticks on their pets" - Professor Ian Ramsey, BSAVA President.

Information follows the recent report of a case of babesiosis in a human.

The BSAVA has published a Q&A on ticks and babesiosis following the recent diagnosis of human babesiosis in England for the first time.

Written for veterinary professionals to pass on to their clients, the information explains what ticks are, how to find and safely remove them, and what babesiosis is.

“Following the recent report of a case of babesiosis in humans, we advise dog owners to be vigilant for ticks on their pets, to protect both their own and their pet’s health,” commented BSAVA president, Professor Ian Ramsey. “Pet owners should check their pets regularly for ticks, especially after a walk, and seek advice from their vet if needed.”

The BSAVA has also written and published a scientific information sheet focusing on Babesia Canis, which is free to download from the BSAVA Library.

The Q&As are as follows:

What are ticks?
Ticks are parasites that feed on the blood of the animal that they attach to. Adult ticks have a head, body and four pairs of legs. Ticks can be quite small when they first attach to an animal but become engorged as they feed – they are about the size of a pea when full! There are a number of different species of tick, but not all are found in the UK.

How would my pet get a tick?
Ticks are commonly found in areas such as pasture and woodland, though they can also be found in parks and urban areas. Hungry ticks will wait on grass or leaves in the environment before attaching themselves to a passing animal using their mouthparts.

In the UK, ticks are known to spread Lyme disease. Both dogs and humans are known to be affected by Lyme disease, but it is rarely diagnosed in cats.
There have been cases of ticks spreading diseases to animals and people that are not commonly found in the UK, including babesiosis.

What is babesiosis and can it affect animals and people?
Babesiosis is a disease that can be transmitted to animals and people by ticks commonly found in Europe. Babesiosis causes a sudden breakdown of the red blood cells leading to anaemia. Dogs are more commonly affected than cats. People can also be affected.

The symptoms of disease in animals can vary widely. Some animals may show no symptoms at all. Other animals may be weak and not want to eat. In some cases, the disease can be fatal.

Most people with babesiosis show either no symptoms or very mild symptoms of infection. People with weakened immune systems may become very ill and show flu-like symptoms such as fever, chills, muscle ache, fatigue and jaundice.
In the UK, babesiosis is typically seen in dogs returning from travel to Europe but in recent years, there have been reports of babesiosis in UK dogs that have no history of travel to Europe.

Can animals transmit the disease to humans?
There have been some reports of people developing babesiosis after being bitten by an infected dog.

How can I prevent my pet from getting babesiosis and other diseases?
It is important to prevent your dog from getting bitten by a tick. The best way to do this is to avoid areas where ticks are likely to be found, such as pastures and woodland. Ticks are particularly active during the spring and autumn, though they can be active all year round.

You should ensure that you check your pets for ticks every day – for dogs, it is advised to check them after a walk. If travelling abroad with your pet, you should check them for ticks thoroughly just before returning to the UK, and again on the point of return. Some countries have ticks that we do not normally find in the UK and can spread nasty diseases such as babesiosis.

You should also consider using a tick control product on a regular basis which can be applied to your pet in spot-on, collar or tablet form. It is recommended that you discuss this with your local vet who will be able to advise which product would be best suited to your pet based on your location and lifestyle. Always check the label of any product that you are using carefully, and never use a treatment designed for dogs on a cat as this could be fatal to the cat.

What do I do if my pet gets a tick?
The quicker you are able to remove a tick, the less chance it will have to pass disease on to your pet. The best way to remove ticks is to use a ‘tick remover’ tool, which is sold in many vet practices and pet shops.

Once removed, ticks can be sent to Public Health England’s (PHE) Tick Surveillance Scheme (TSS) which aims to inform the assessment of the public health impact of ticks in the UK.

Can humans get bitten by ticks?
Humans can get bitten by ticks, so it is important to check yourself over when you get back from the dog walk! Further information about preventing tick bites – and diseases spread by ticks – is available on the Public Health England and NHS websites. 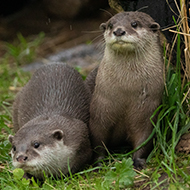 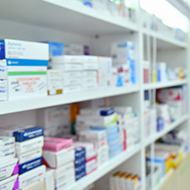 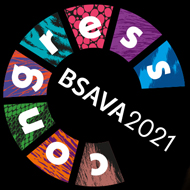 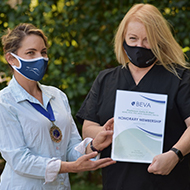