A quarter of owners use pet monitoring devices 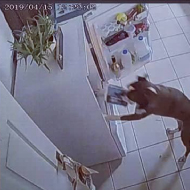 Footage of a boxer stealing food from his owner's fridge.

More than half of dog and cat owners living in the UK feel worried about leaving their pets home alone, according to new research.

Figures released by national charity Blue Cross also show that almost a quarter of pet owners have a monitoring device to keep a close eye on their pet (24 per cent), while a further 24 per cent have considered buying one.

Among some of the concerning behaviours caught on camera include chewing, scratching furniture, barking at the door and barking for no reason. One owner reported catching their boxer in the act of stealing food from the fridge, an incident that resulted in an emergency trip to the vet.

More amusing behaviours include a cat who often gets spotted sleeping underneath his cat bed and another who misjudges the leaps up to her cat tree.

Senior animal behaviourist Ryan Niele said some of the more concerning behaviours caught on camera are likely to be separation-related, which can be helped by pet behaviourists.

“Blue Cross believes pets are part of the family, and so do most pet owners. Even so, many pets are given up due to owners struggling with behaviour problems when they're left home alone,” he said.

“Being able to monitor your pet when they’re home alone is not only great for peace of mind, but it can really help to understand what your pet is going through when they’re alone. Having this knowledge can be vital when trying to change a pet’s routine to help them cope better when left alone, and can allow for specific training advice to be sought from a qualified behaviourist registered with The Animal Behaviour and Training Council.”

Around two in five people (38 per cent) who monitor their pets with cameras say it has helped them to change their pet’s routine or seek training. However, the same number said they were worried by the behaviour they had seen on camera but didn’t know what to do about it.

Blue Cross has found that many dogs are given up before they are a year old owing to typical behaviours which owners struggle to fix, particularly in adolescence. 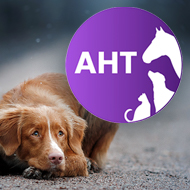 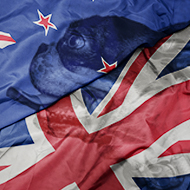 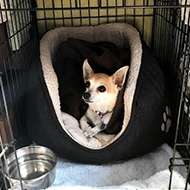 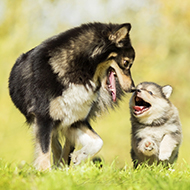