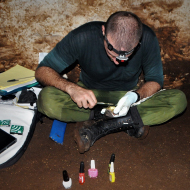 Scientists are using nail varnish to paint the ‘nails’ of one of the world’s rarest bats, as part of an unusual project to estimate population numbers.

Declared extinct until it was rediscovered in 1992, the Cuban greater funnel-eared bat is confined to a single cave in Western Cuba.

A team of scientists from the Zoological Society of London (ZSL) needed a way to identify individual bats, but marking them can be challenging. It is typically done through necklaces, arm rings or wing punches, but this can sometimes alter behaviour.

As the remaining population of these bats is so small, researchers wanted to keep things as natural as possible. They came up with the solution of using four different nail varnish colours to paint the bats’ nails, creating thousands of colour combinations for unique markings.

Preliminary results suggest there are less than 750 of these bats left. ZSL scientists said the species is in need of urgent conservation help, as the last population is threatened by human intrusion and collapse of the cave roof due to thermal instability.

Jose Manuel De La Cruz Mora, ZSL’s Segré-EDGE Fellow, said: “It was time consuming giving each bat an individual manicure, but it’s an incredible privilege to get up-close to this amazing animal – and to discover more about them made all those hours painting their nails worth it!

“Bats around the world are one of the most threatened group of animals due to destruction of their roosts, disease and even hunting – but they provide an enormous ecosystem benefit to humans. By keeping insect populations down, they reduce the chance of disease risk and pests on farmers’ crops.

“As they’re very picky about where they roost – they’re particularly vulnerable to human disturbance, but now we have a rough estimate of how many are left, we can plan the best conservation action – including local community awareness campaigns to raise their profile.” 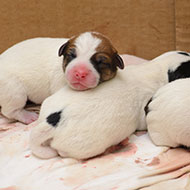 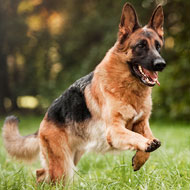 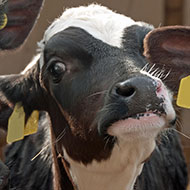 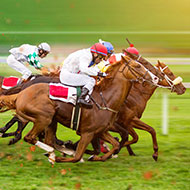